A few years ago our son moved to Texas.  He packed what he could in his little Ford Focus and was off to the next chapter in his life.  My husband Mark and I being the awesome parents that we are, packed up the rest two weeks later and drove from Michigan to Texas to deliver it to him.

For the trip home, I planned a different route, hoping we would get to Memphis for a midway stopover.  I didn’t really share my plan with Mark, and just navigated us along quietly plotting a Friday evening on Beale Street.  Once I could see we were going to reach Memphis as planned, I went to Priceline on my phone and booked us a room for the night.  Since it was last minute, I took advantage of one of their Express Deals.  It picks the hotel based on the area and price you select.  We ended up in the Sheraton Downtown Memphis.

The hotel was very nice and in a pretty good location.  My only gripe was that it did not come with any warning that there would be a $26 Valet Parking fee (plus tip) per night.  That sort of blew my great deal, but the hotel quality and location made up for it.  Once we settled in and Mark had a chance to rest for a few minutes, we headed out on foot to explore.  This is one of our favorite ways to experience a city and Mark still had no idea what I had in store for him.  How fun!

The walk to Beale Street was not too bad and by the time we got there things were really getting wound up.  Police cars had parts of the streets blocked off so it became a huge party zone.  When we rounded the corner and Mark got his first view of all the lights and festivities, the look on his face was priceless.  I totally surprised him. 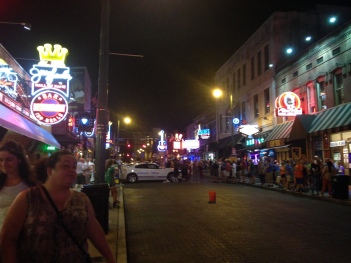 There was actually so much going on at one time, it was hard for us to know where to start or what to do.  So after taking it all in for a few minutes, we decided to grab a bite to eat.  We chose the The Pig on Beale.  I do believe that the sign grabbed our attention and then the smell of the BBQ drew us in.   The place was not fancy with red and white checked vinyl tablecloths on the tables perfect for messy BBQ.  The folks that worked there were very nice and the food was excellent. 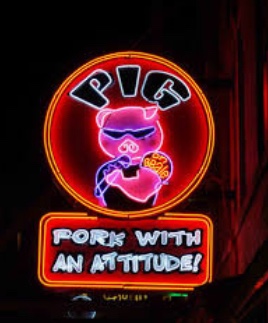 Welcome to the Pig on Beale where we specialize in BBQ Ribs and Pork Shoulder! Pork with an Attitude! Why have an Attitude? Well you would have an attitude too if you were cooked to perfection and told you were perfect, wouldn’t you?

After stuffing ourselves with some fine Memphis BBQ, we wandered down the street to see what fun we could discover.  I loved that the sidewalk was made of squares with music notes and Musician Names (like the Hollywood walk of Stars).  We saw The King, Jerry Lee Lewis, B.B. King and many more.

There was a lot of really interesting “stuff” to check out in the many souvenir shops that dotted our path and music seemed to be coming from every direction.  Live bands were playing at every outdoor patio or bar we passed.  We stood among a crowd gathered near a courtyard with a band playing on it’s patio and listened to to the soulful music as I sipped on an icy Hurricane that I had procured from a walk up window nearby.  Yes, a walk up drink window!

When that band took a break, we wandered down the street a bit more and found a bar with a band that was really jamming.  We were able to get a table so we ordered a beer and hung out for a while.  When they finished their set, we settled our bill and headed back toward the hotel.

We did make one last stop at the Hard Rock Memphis.  There was a feisty young lady belting out some tunes there.  We have been visiting Hard Rock’s all over the world for years as just a fun thing for us to do.  We find them, have a drink and collect some kind of memorabilia.  Here are a few of the Hard Rock’s we have been to.

It was getting late, so we found our way back to the hotel for a good nights sleep.  We had to get an early start in the morning if we wanted to make it home at a decent time.  I was really glad that I decided to plan this “secret” stop on our big road trip. Sometimes it’s nice to go into a place with no expectations and just let things unfold.  Everything turned out great and Mark being so surprised made it even better.  We were a little sad that we didn’t have enough time to see Graceland before we left, but that just means we have to visit again!

If you have never been to Beale Street in Memphis, I suggest you put it on your list.  You wont be sorry you did because there is so much to see and do.  Make sure you go on the weekend when everything is lit up and the bands are cranking out tunes.  Go hungry so you can grab some of that tasty Memphis BBQ. 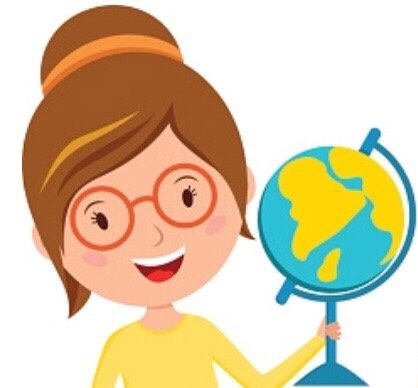