Until recently, I was so focused on earning points, miles and free travel with my credit cards, I hadn’t even considered the value of cash back cards.

My son was visiting over the holidays, and told me that he was thinking about getting another credit card. He currently had just one card with no annual fee that earns a straightforward 1.5% cash back on everything. Not too shabby. But he wanted to maximize his cash back by getting a higher points return on his biggest spending categories.

The first thing I showed him was how to see an analysis of his spending for the year on his current credit card. It was super helpful that we were at the very end of the year so the information was a good representation. We found that his top 3 spending categories were Dining, Groceries and Gas with Entertainment close behind.

The plan was to look at cards that had bigger returns but did not have huge annual fees. We decided to completely ignore the one time Sign Up Bonuses and focus only on the long term returns.  Although he would still try to earn any associated new card sign up bonuses, he would let them truly be a bonus and not sway which card he picked.

To begin with we started looked at some airline credit cards (because he has a lot of trips coming up in 2020), but most of them did not have great return on everyday spending and limited where he could use the points he earned. He is not ready to be loyal to any one travel provider at this point, so we quickly moved on. 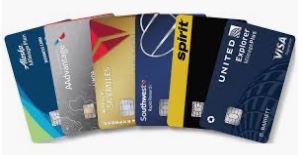 We then considered some universal transfer cards like the American Express Gold card that earns Membership Rewards Points and the Chase Sapphire Preferred card which earns Ultimate Rewards Points. They both offer more flexibility to move points to a broader selection of travel providers. However, the Sapphire card does not really have any high points earning categories and the American Express Gold card benefits weren’t really anything he would use. So even though the Amex Gold did have the right higher level points categories, he would not be able to get enough value from the card benefits to offset the $250 annual fee.

Moving right along we had come to the conclusion that he is a set it and forget it type of card user. He was just looking for something easy to use that didn’t require a lot of extra fussing to get what he wanted.

We then decided higher cash back card returns was the best plan for him and began sifting through and comparing card details. There are a lot of cash back cards out there so this was a daunting task. I started jotting down notes to keep the details of the cards we were considering straight. It was difficult finding the exact combination of higher points categories we were looking for on any one of the cards. That was when he got the idea that two cards might work better.  Brilliant! 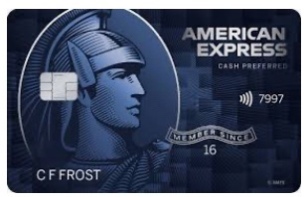 The American Express Blue Cash Preferred has a healthy 6% return on Supermarkets and Streaming, plus 3% on Transit and Gas.  But we still weren’t hitting his top spending category of Dining.  It has a $95 annual fee.

The Sign Up Bonus for the American Express Blue Cash Preferred card is a $250 Statement Credit after spending $1000 in 3 months. 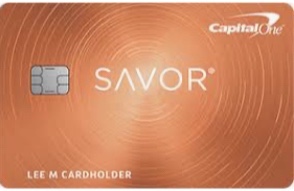 The Capital One Savor offers 4% back on it’s Dining and Entertainment categories which would be a great improvement from his current 1.5%.  This card also offers 8% cash back on Vivid Seats purchases through May of 2020 that he may be able to take advantage of.  We rationalized that to maintain the cards appeal, when the Vivid Seats offer drops off in May, it will probably be replaced with some other niche category that could also have value for him.  It has a $95 annual fee, which it waves the first year.

We determined that getting both of these cards would significantly increase his cash back in 2020. The strategy would be to use the Savor for Dining and all Entertainment, and the Blue Cash for Groceries, Gas, Transit and Streaming Services. Everything else would go on his current 1.5% card. That would pretty well cover ALL of his spending. We did the math and (without considering Bonuses) he should earn almost 3 times the amount of cash back in 2020 than he did in 2019.  Plus any sign up bonuses that he qualifies for.

It also gives him 3 options (Chase, Capital One and American Express) to compare when booking travel with his points. After reading some expert reviews on the subject, we found that the cards we liked for him were exactly what the pros were recommending. That made us feel even better about the plan.

What I learned during this process was that while I was willing to jump through some hoops to earn free airfare and hotel nights, he was happier with simple and straightforward cash back options.  It’s all about finding a strategy that works best for you.

Now even I am looking at combining cash back cards into my portfolio in the future to further maximize my returns on spending. Although my only thought during this process was to help him sort through the zillion credit cards available, the exercise was valuable to for both of us in the end!