Manneken Pis is a famous bronze sculpture in the city of Brussels.   It is a naked little boy urinating into the fountain’s basin.  The name Mannekin Pis translates to “Kid who pees”.  There are many Folk Tales as to how and why he came to be.  No one knows for sure. He has become a Mascot of sorts in Brussels especially after surviving a bombardment in 1695.

The original statue was created by Hiëronymus Duquesnoy (the Elder) around 1618.  The figure was destroyed in 1817 and the pieces were stolen.  Later they were recovered and used as a mold to create the current statue which was made in 1965.

Manneken Pis was Kidnapped for the first time by the English in 1745 and then again in 1747 by the French.  Upon returning its return to Belgium, King Louis XV presented the statue with his most lavish costume made of gold brocade and jewels. 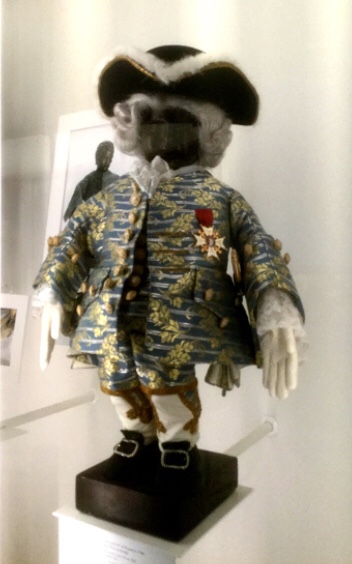 The first clothes, however, were given to the statue from Maximilian II Emanuel, the governor of the Austrian Netherlands.  His costumes are kept in the Museum of the City of Brussels.  Accounts say that the statue has over 1000 costumes available.  Sadly he was not wearing one the day we saw him. 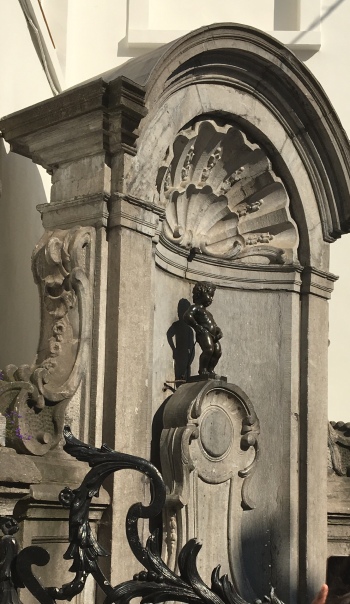 Some of his  Costumes

There is an actual procedure that must be followed in order to gift a costume to the statue.  The directive outlines that his clothing may not have any Commercial, Political or Religious character on it. As if that is not enough pomp and circumstance for the little bronze boy, he has his own personal dresser!

Those are just a few interesting facts about this fun little statue.   Make sure to stop by and see him if you find yourself in Brussels.  Hopefully, he will dress for the occasion!